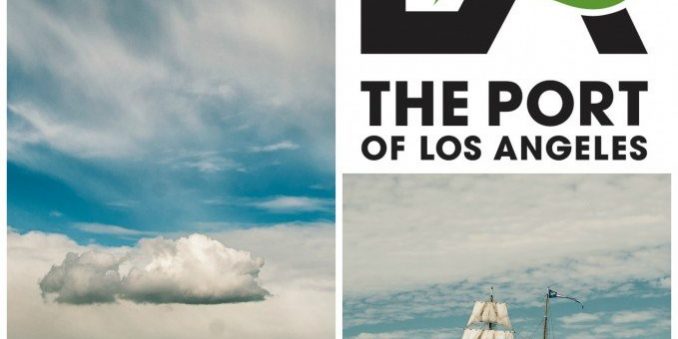 SAN PEDRO, Calif. – October 15, 2015 – The Los Angeles Board of Harbor Commissioners has approved agreements between the Port of Los Angeles and one of its largest Community Investment Grant Program recipients, the Los Angeles Maritime Institute (LAMI) of San Pedro.

This recipient was among 32 organizations selected this past June to receive funding under the Port’s grant program. LAMI received a grant of $255,000.

“We’re thrilled to be able to financially support these local organizations, which are critical to fostering student interest and understanding of the maritime industry,” said Ambassador Vilma Martinez, president of the Los Angeles Harbor Commission. “Through this funding, we are helping expose local youth to the importance of our port and a variety of career paths that they might not have otherwise considered.”

LAMI is a local non-profit organization and creator of the TopSail experiential education program for at-risk youth. In operation since 1992, the program consists of three to five one-day sails in and around San Pedro Bay, and an optional multi-day voyage to Catalina Island. The program promotes teamwork, teaches responsibility and encourages leadership and self-esteem through character-building experiences aboard the twin brigantines, Irving Johnson and Exy Johnson, the Official Tall Ships of Los Angeles. Youth also receive educational information about the Port and maritime industry, as well as the local coastal ecosystem. For some participants, TopSail voyages provide a first-ever introduction to the Port and its operations.

“We are extremely grateful to the Port of Los Angeles for their continued and generous support,” said Bruce Heyman, LAMI’s executive director. “This funding allows us to provide life-changing experiences that positively impact the youth in our community, and ensures youth will receive innovative STEM education at sea.”

The Port’s non-taxpayer-funded Community Investment Grant Program focuses on initiatives that benefit the local community and help promote the Port’s goals related to international trade, the environment, sustainability, public safety and security. The Port also looks for programs that promote the LA Waterfront and surrounding coastal areas as vibrant visitor destinations, as well as ideas that highlight the area’s rich maritime history and traditions.

The Port awarded a total of $1 million in grants for fiscal year 2015/16. In approving the LAMI agreement, Harbor Commissioners also authorized similar grant amounts for LAMI for the fiscal 2016/17 grant cycle to assure program continuity.

The Port of Los Angeles is America’s premier port and has a strong commitment to developing innovative strategic and sustainable operations that benefit Southern California’s economy and quality of life. As North America’s leading seaport in terms by container volume and cargo value, the Port of Los Angeles facilitated $290 billion in trade during 2014. Port operations and commerce facilitate more than 148,000 jobs (about one in 12) in the City of Los Angeles and 531,000 jobs (or one in 16) in the five-county Southern California region. The San Pedro Bay Ports support more than 1 million California jobs and 3.1 million nationwide.