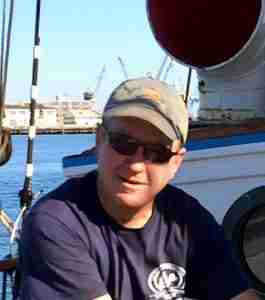 Jeff joined LAMI as a volunteer in 2016 and, after retiring from a long career as an electrical engineer at Honda, became part of LAMI’s full time staff in October 2020.  Jeff received LAMI’s top volunteer recognition, the Executive Directors Award, in both 2017 and 2018.  He also was Honda’s Volunteer of the Year in 2020 due in large part to his work with LAMI.  Jeff’s educational background includes a Master’s Certificate in Project Management.  Jeff has been sailing since his early teens, including cruising the Southern California offshore islands, and extensive local club racing.